Our Vice President Ben Bookbinder just spent a week volunteering at the Elephant Nature Park outside of Chiang Mai, Thailand.

Here is his experience! If you are interested in finding out more information on how you can help, please contact us!

During my week of volunteering I learned about the struggles of the Asian Elephants. Logging, forced breeding, street begging, and tourism of all types including riding trekking and entertainment. In all of these industries the elephants go through what is called Phajaan or breaking the spirit of the elephant. Baby elephants are taken from their mothers and bound with ropes and chains, so they cannot move. They are beaten, stabbed, slashed and even burned until the elephant forgets about being an elephant and submits to the "trainer”. This goes on for 7 days with no food or water. Once the initial Phajaan is over, they still have to go through training for whatever it is that they will be doing i.e.: painting, preforming, playing soccer, etc.

In most places, these elephants are over worked with little to no food or water especially in the logging industry. This is very dangerous, for the elephants are continually beaten if they do not comply. Many are injured and some even die due to the falling logs or of the falling down off the mountains. In Thailand, logging was made illegal in 1989, but that hasn't stopped the use of elephants in illegal logging. After the ban, most people with elephants turned to trekking and street begging to make money. The common assumption with elephants being so large is that they can handle the weight on their back, but this is not true. The iron saddle the trainers use is already a few hundred pounds, then you add people and the Mahoot riding straining their neck from morning to night and with the added chains used at night time and you now have a completely worn out elephant that gets little to no food or water to replenish. Then there is forced breeding. In the wild the female elephants choose their partner, but in forced breeding the females are chained and the male bulls are brought in to mate. A lot of time injuring the female. Many of the elephants at Elephant Nature Park (ENP) have come from forced breeding situations where they came with broken hips and leg problems.

The Elephants I got to experience at ENP were old and had many medical issues ranging from being blind, having broken legs, and or mental illnesses from years of abuse. One of them even had a bad foot due to stepping on a landmine.
ENP does not just rescue elephants, although they currently have 80 elephants. They have 300 dogs, 500 cats, 100 water buffalo, 30 horses and many goats. They even have a Dog Clinic on site to help the local villagers offering free vet care if they can spay and neuter their animals.

My week was an amazing one getting to work so closely to such amazing and gentle creatures, even after many years of abuse. Of course, since it’s a rescue there was a lot of poop to pick up and elephant poop is Much bigger than dog poop.
We also cleaned the park and helped prepare the elephants foods in the elephant kitchen.
Their food included bananas, pumpkins, cucumbers, watermelon, and corn stalk. For some of the older elephants, they would cook rice with some of the other ingredients and wrap them in banana leaves to make it easier on their stomachs.
Then after everything was ready we went out into the field and got to feed the elephants. It was funny because some of them were very picky and didn’t want the watermelon and only wanted the bananas. for some, they only wanted 3 bananas at a time, no less or more. They are such intelligent animals.

Since ENP does not have a fence the Mahoots stay with the elephants all day so they do not go eating up the neighboring farms. At night they do put them away in large enclosures. The process of this is to hide food around the night pens to entice some of the stubborn ones into the night shelters. Although a few of the younger elephants are mischievous enough to get out of their pens.
For instance, one of the babies decided to squeeze out of her pen on one of my sunrise walks around the park. She just wanted to play. Although running away from a 500kg elephant with no one around and before you had your morning coffee can be a lot to deal with. Luckily once I got far enough away she just decided to go back in the shelter with her mom and nannies.

I also got to hear a talk from Lek Chailert, the founder of the Save The Elephants Organization and Elephant Nature Park. She is such a strong and amazing woman. She does not want to try and change what is happening to the elephants by force or anger, but by education. She said that if we educate enough of the tourists about Phajaan they will stop spending their money at places that abuse the animals. As a result, the industry as a whole will change.
She noted that even in the last ten years it has started to change with many places no longer riding the elephants, or at least using a saddle off approach and less hooks are being used. Unfortunately, there are still plenty of places around Thailand that still use these practices.

So just remember, it may be fun and cool to watch an elephant play soccer, paint, or even ride, but all of that is unnatural. There is much abuse behind the scenes you don’t see. Plus, it is way more amazing to see elephants playing and just being elephants the way it should be. 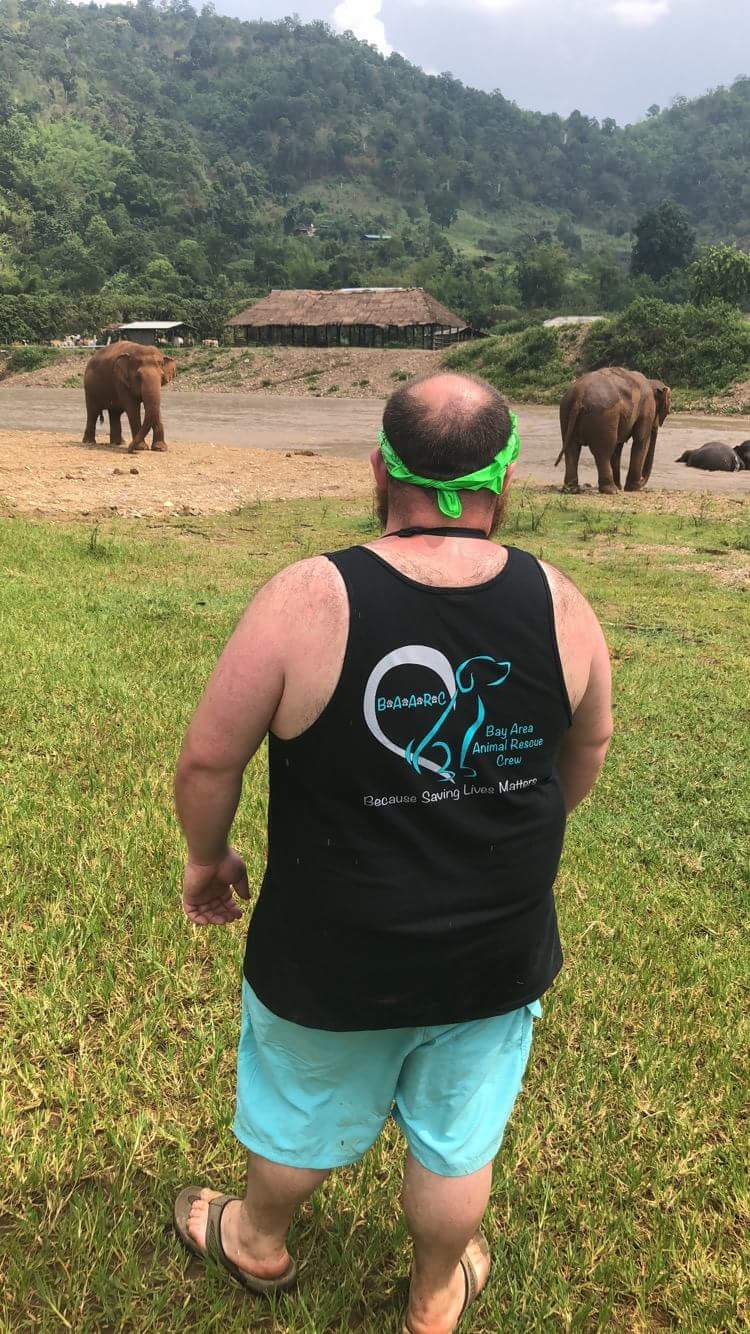 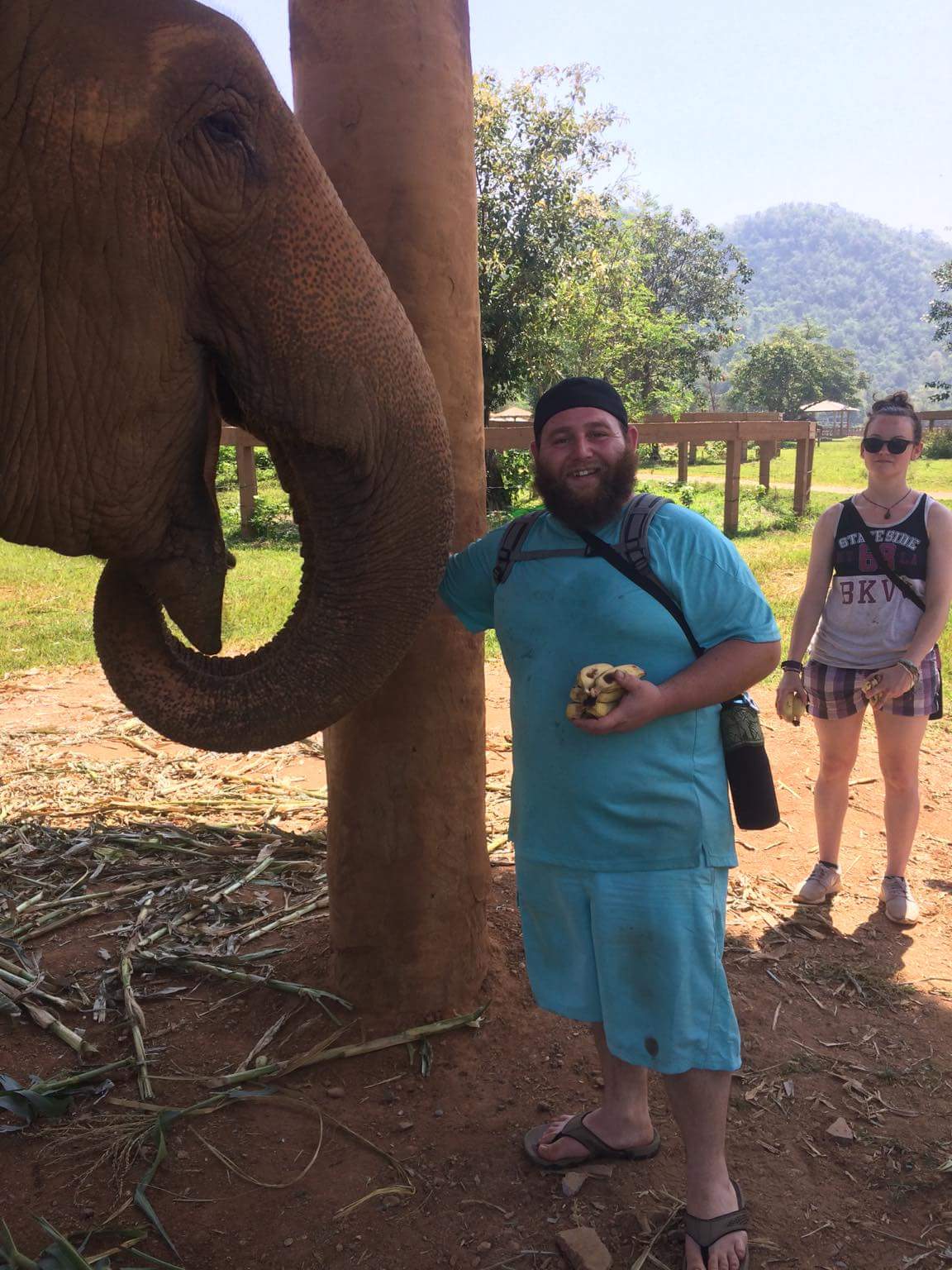 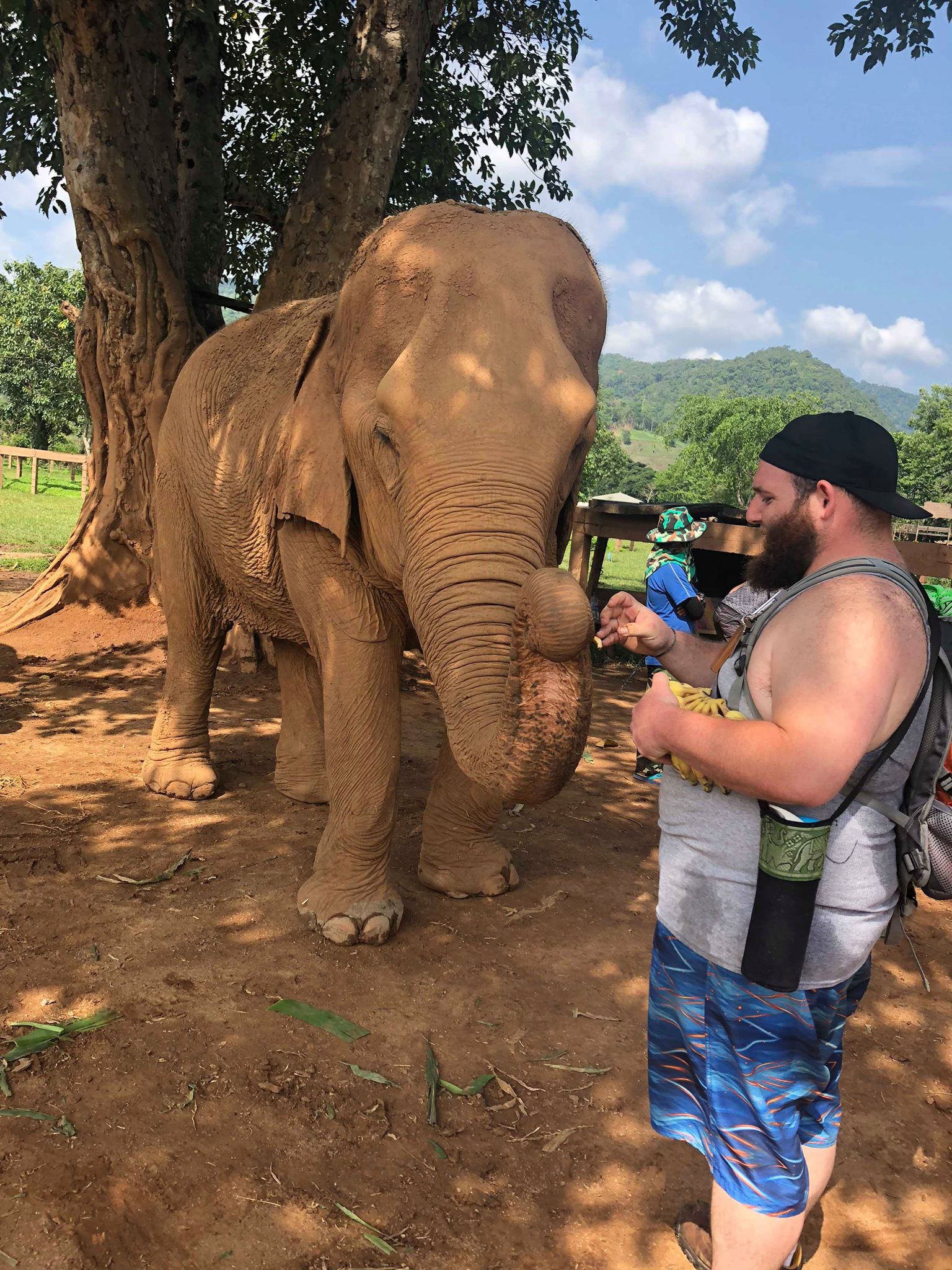 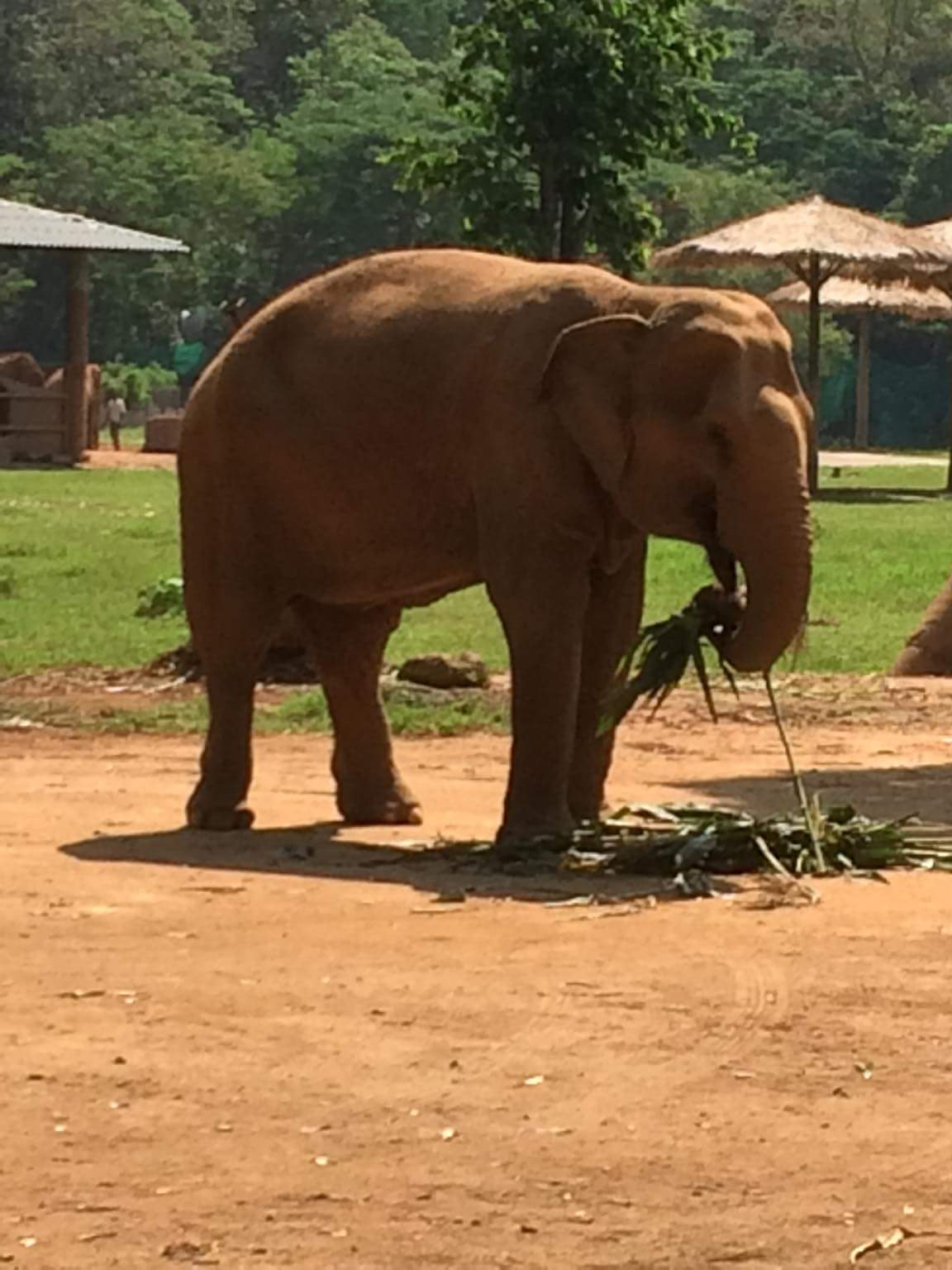 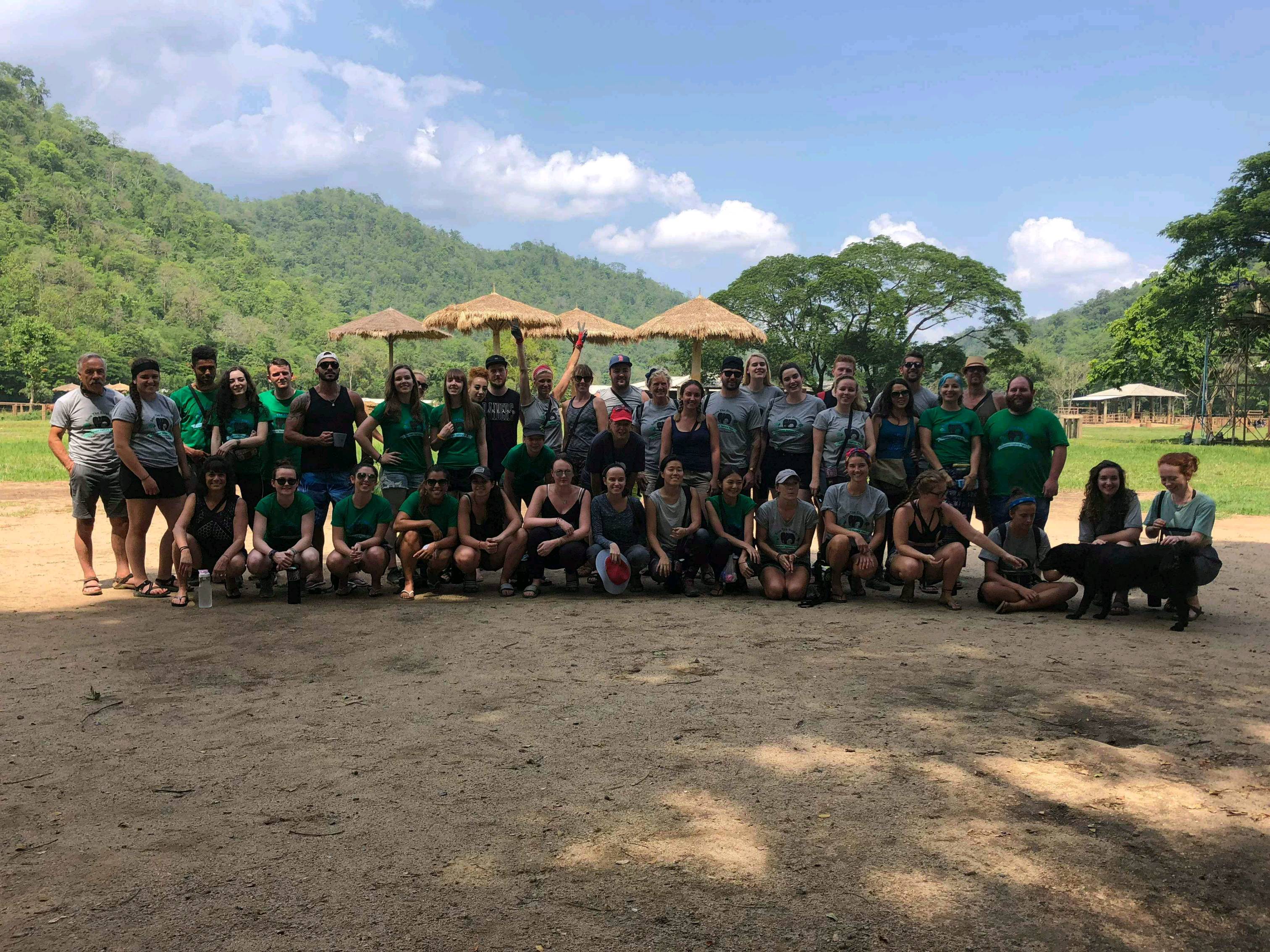